Posted On 1 Sep, 2022 - By Anne Arnold - With Comments Off on Locals share knowledge of fishing history in Varnamtown

Since the early 1900s, commercial fishing in Varnamtown, NC has been a way of life for many people who have called the one-square-mile-town their home.

Over the last century, boating knowledge and fishing knacks have continuously been passed down from generation to generation to ensure the pastime is never forgotten.

However, some of the details that family members have shared with each other during that time have not been documented.

“It’s the heritage that has created the culture of our community,” Norris said.

“Though it’s not a thriving industry anymore, it’s still the backbone of what today’s culture offers, which makes (Varnamtown) such a special place that people are attracted to.”

The event took place on Monday, August 8 at Varnamtown Town Hall and offered attendees the chance to share their experiences during their time spent commercial fishing and how it has impacted them and the Town.

The North Carolina Maritime Museum at Beaufort aims to preserve the state’s history and natural heritage by collecting information and artifacts and making it available for current and future generations.

“They are actively trying to document this kind of history in Brunswick County… There’s not a lot of documentation. They’re having a really hard time being able to find these resources,” Norris said. “The morning session of last Monday’s event included individuals who spoke about the history of shrimp fishing in the area and how its tight knit community continues to look after each other, on and off the water.

“If you’ve got enough friends, you can basically stay in the right place,” Danny Galloway said when discussing how he finds the right places to catch shrimp. Galloway’s family has been shrimping since the early 19th century.

Other individuals explained how they picked up their knowledge for boat construction “along the way” and, typically, never had a plan in place before beginning a build. Instead, their previous experience building fishing boats with the scrap wood they could find nearby has allowed them to “eyeball” any project and make it look flawless.

“The Varnamtown people that I grew up with are the most industrial people I’ve ever known,” Varnamtown native Dean Dosher said. Dosher grew up clamming and oystering with his brother, Don, and later built a boat from memory in 2018 named Ramona.

The commercial fishing industry has always been an up-and-down business. Nothing is ever guaranteed. Yet, shrimpers continue to set sail every season in search of more shrimp because that is part of the job.

“If the shrimp are there, then you’ve got to be there,” Galloway said.

Last Monday’s event also welcomed individuals who have experience oyster fishing. Many stories were shared about how they got into the industry, but, for the most part, they focused on why they remained committed to it.

“To make a long story short, these boys around here can do anything… We’ve proved it,” Varnamtown local O’Neal Varnam said.

Norris hopes that last Monday’s event encourages other coastal fishing community members to share their experiences. He also mentioned that portions of the recorded event will be posted in an online format over the next year to give others the chance to learn more about the history of commercial fishing in Varnamtown.

“The turnout today was great and a lot of the information that was harvested for the Maritime Museum is priceless,” Norris said. “I believe there are many small coastal fishing towns along the Carolina coast that equally have a deep heritage… I hope that the success of today is seen by these neighboring communities and, if they aren’t already, encourage them to rally together and collect knowledge and history from those that were there.” 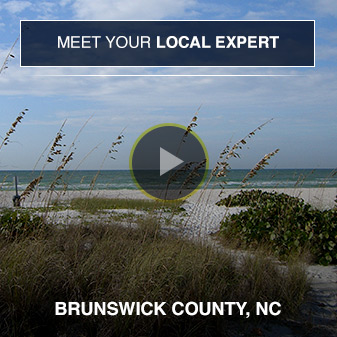